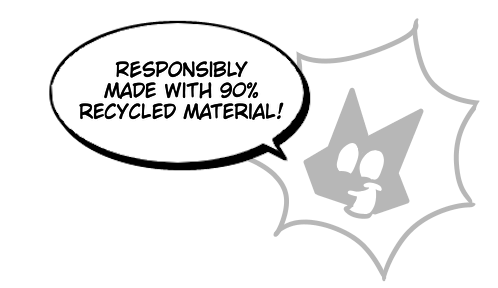 Recursion is a science fiction/humour webcomic that attempts to capture the feeling of a Saturday morning adventure cartoon that's been updated for a modern audience. Follow the adventures of Jade, a futuristic hero thrown back in time while attempting to thwart the plans of the villainous Dr. Deathe. As she works with the ancient people of her home planet, she discovers herself accidentally filling the role of the mythical hero in the stories told to her as a child. Will Jade live up to the legend of the hero? And more importantly, can she avoid her own untimely demise at the end of the myth? You'll just have to read to find out!

Recursion is written and drawn by Rae Bruner, an artist based in Ontario, Canada. In addition to drawing, Rae enjoys casual gaming, cosplay and kitties.